For many years there has been some debate as to the value of the penny in the United States monetary system. You may not know it, but early in our country's history there was actually a coin worth only a half a penny.

The most prevalent reason that the U.S. needed a coin of such a small value was in large part due to both early economic conditions in this country, plus tumultuous events, both politically and economically, happening in Europe.

Here is why at the end of the 18th century, and for over 6 decades into the next, the United States felt the necessity to have a coin worth only a half a cent.

Political and Economic Turmoil on the European Stage

At the outset of the 1800's most of Europe was at some level experiencing political, or economical confusion. This constant state of turmoil across the Atlantic Ocean had a direct effect on the early U.S. economy. The United States was still new to the world's marketplace, with unique goods to sell that helped keep the nation's early economy financially fortified.

This was also the beginning of what was to be a century long Industrial Revolution. England, still the most powerful economic country in the world, was trying to maintain domination on many aspects of the world economy. All of this economic pressure kept incomes and inflation, still a fresh concept of our new nation's capitalistic design, fairly stagnate.

As a result of a very slow growing economy, the cost of many things was so low that a number of goods and services sold for less than one penny. Hence there was an economic need for the U.S. Treasury to include a half-cent monetary unit in circulation just to meet that need. This was as much as a result of the conditions in Europe, as it was the value of merchandise itself.

Economic Conditions in the United States

During the earliest decades in United State's economic history, the average wage earned per day was in the neighborhood of one dollar. With incomes so low, the cost of goods sold was equally as low, with things like a sack of potatoes selling for 1-½ cents.

Therefore, the country had a good reason to produce coin money in the half-cent denomination. A piece worth half-a-penny was basically essential to the economic structure of the early 1800's.

None of the assorted half-cent coins in the U.S. monetary system lasted very long when compared to the lifespan of most of the coin money in the United States. The first design was produced early in our nation's history beginning in 1793, with the classic head proof minted following the War of 1812, subsequently ending in 1836.

The last minting of a half-cent coin in the United States was just prior to the start of the Civil War in 1857. It was during this period that the economic costs of making these coins started to become more costly than the coin was worth. This helped make the decision to retire the coin very easy for the U.S. Treasury.

So oddly enough as discussions continue over the viability of the Abe Lincoln penny in our country's monetary system, once there was a coin worth only half as much. Coin enthusiasts collect all types of standard pennies, but a rare find indeed is a half-cent coin – an economic necessity over 150 years ago. Speak to a professional at a company like Penny Pincher Coins & Jewelry to learn more about classic coins. 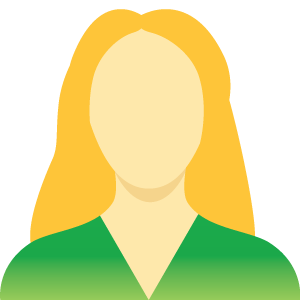 In a few, short weeks, my mom will celebrate her sixtieth birthday. Sadly, my mom’s health hasn’t been the best lately. In fact, she is currently recovering from a recent surgery. To show her how much I care about her, I want to buy my mom something special for her birthday this year. I’m shopping for a beautiful, emerald pendant. I want to buy a pendant to match the ring my dad bought my mom a few years ago. Because the princess cut stone in the ring is set in white gold, I would also like to find a pendant set in white gold. On this blog, I hope you will discover the most popular cuts of emerald jewelry. Enjoy!